If you’re the mom of a little girl and you have access to the internet, you probably already know who “Diana” is. If you haven’t, you’ve probably been living under a rock.

She is the star of the very popular YouTube channel Kids Diana Show. She is also known as the most famous six-year-old in the world. Now, right before Christmas, Diana has put out her first line of toys and other goods.

Since the channel started in 2015, Diana’s videos of her playing with her brother Roma and having cute little adventures have gotten 148 million subscribers and over 70 billion lifetime views. Diana just started a new show called Love Diana Adventures. In Australia alone, more than 40 million people watch her show every month!

Diana’s sweet pretend play has made millions of kids around the world want to play with her and has given them ideas for their own play. The Princess of Play, a new line of toys made by the international company Headstart, is based on Diana. This includes clothes, sleepwear, stationery, arts and crafts supplies, and toys, among other things. Hot toys for Christmas that start at $16.99 include Mini Dolls, Cupcake Cart, Light Up Fairy Diana, Diana and Honey, Style Me Diana, a hairstyling toy with 10 surprises, PopStar Diana doll, Mystery Shopper with surprises, and Mashups, which include a Diana hairstylist/astronaut doll, a Diana superhero/princess doll, and a Diana mermaid/party doll.

So who exactly is Diana? Well, she was born in the Ukraine, but she now lives in the US with her 8-year-old brother Roma, who has his own popular YouTube show called Kids Roma Show, and her parents Olena and Volodymyr, whose last names aren’t used to protect their privacy.

Olena, who comes up with most of the ideas for the videos, says that the YouTube channels were just a hobby at first. “When our son Roma was born, we wanted to share with our families the joy of watching him grow up, so we started a video scrapbook on YouTube,” she says. “When she was born, we decided to do the same thing with her. Since then, we’ve been keeping track of their lives. It’s a fun thing to do with your family and the best job in the world.”

Olena was asked to tell us more about her beautiful daughter.

What is Diana’s favorite thing to do on the Kids Diana Show? 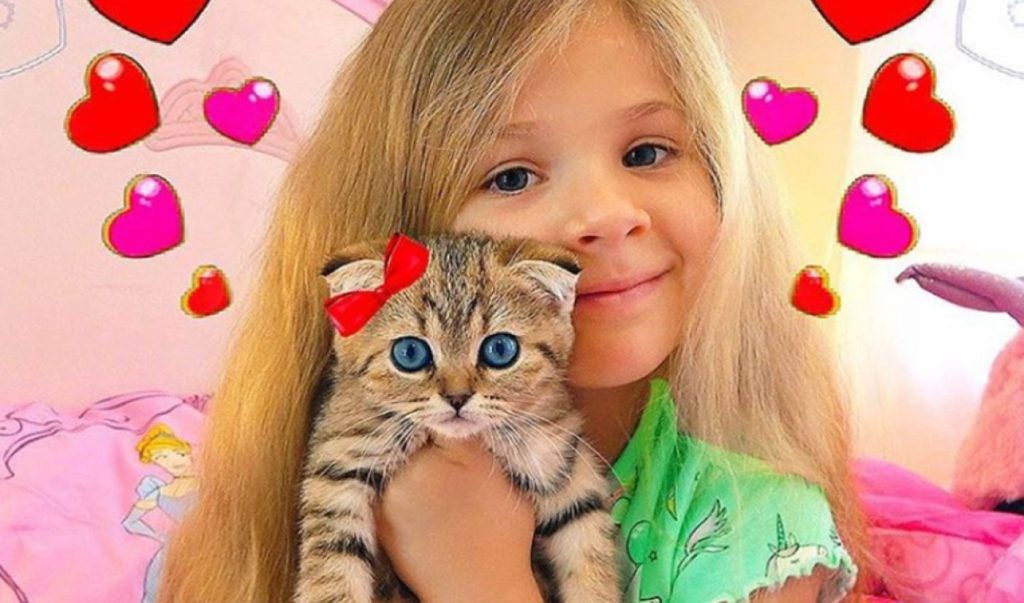 Diana and Roma love to play with new toys and enjoy it when the whole family does something fun. We like to make videos that people will find interesting, and we love it when they like what we do.

Diana studies singing and music during the week, and she also learns English. She also makes different crafts, plays board games, plays a dancing video game, listens to audiobooks, and watches movies with her whole family. She likes to draw, and her drawings often surprise us. Roma, on the other hand, likes to build tracks for balls and cars and collect builders. We also love to take them to fun places like amusement parks, water parks, playgrounds, and regular places like the supermarket.

How often do people know who Diana and Roma are?

Quite often, people know who we are. Roma and Diana were shy when they were younger, but now they are used to it. They can easily make friends wherever they go. Children think of them as their friends and talk to us about them on playgrounds and in shopping malls. In fact, it’s often the parents who see them first and bring their kids to say hello.

What are Diana’s favorite things to play with and toys?

She loves her cat a lot, and she has a lot of stuffed animal toys to play with. She also likes to draw or color pictures and make crafts.

She likes sweets, ice cream, and cakes, but she also eats soups, cereals, fruits, vegetables, salads, and fish. She loves sweets more, though.

Does she also watch other kids’ channels on YouTube?

Yes, we all do watch other people’s channels to find out what’s new and interesting. Diana and Roma also like good movies, cartoons, fairy tales, educational videos, videos about animals, and magic tricks.

What does Diana know about the country of Australia?

So she knows it’s a big island where kangaroos live. We’d all love to go there someday because it would be so interesting to see how people there live and to see the nature, animals, and sights.

Has she told you what she wants to be when she’s older?

She used to want to be a ballerina or an actress, but now she wants to both design houses and act. Or, who knows, she might change her mind.